I havent posted a Retro Read in a while so what better way to start again than by posting a 5 star book? While this was not the usual type of book I read at the time it certainly was enjoyable! 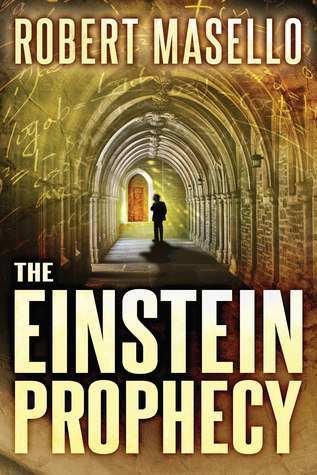 Goodreads Synopsis: As war rages in 1944, young army lieutenant Lucas Athan recovers a sarcophagus excavated from an Egyptian tomb. Shipped to Princeton University for study, the box contains mysteries that only Lucas, aided by brilliant archaeologist Simone Rashid, can unlock.

Struggling to decipher the sarcophagus’s strange contents, Lucas and Simone unwittingly release forces for both good and unmitigated evil. The fate of the world hangs not only on Professor Einstein’s secret research but also on Lucas’s ability to defeat an unholy adversary more powerful than anything he ever imagined.

My review: At first I was a little weary about the book because it was set in World War II. But all doubts quickly disappeared when you met Lucas. He is on a mission to recover precious art that was stolen by the Third Reich. He finds this sarcophagus excavated from an Egyptian tomb. That is when the story really pics up. It quickly goes back to the United States…Princeton in fact.

Here you get to meet a whole new cast of characters including the infamous and amazing Einstein. The book mixes science with the supernatural in a way that really just seems so seamless. You aren’t beat over the head with science or the supernatural. There is no weird uncomfortable transition between the two…they just happen to coexist.

The character of Einstein was done beautifully. It was exactly how I would imagine that he was. I must admit he was one of my favorite parts of the book. I really recommend this book. Do not be put off by the time period or the mixture of science and the supernatural….It honestly blends together beautifully to create a wonderful story!